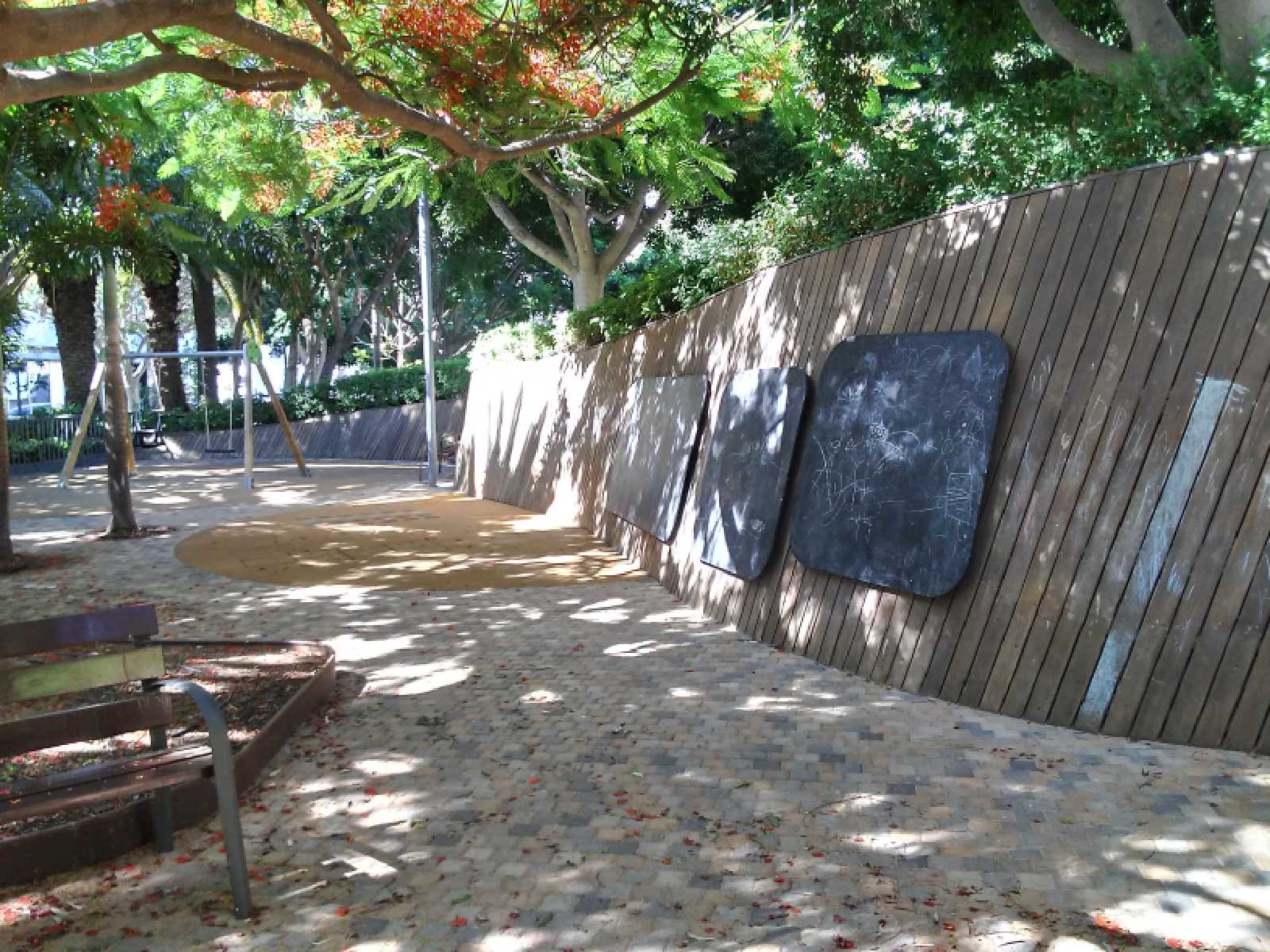 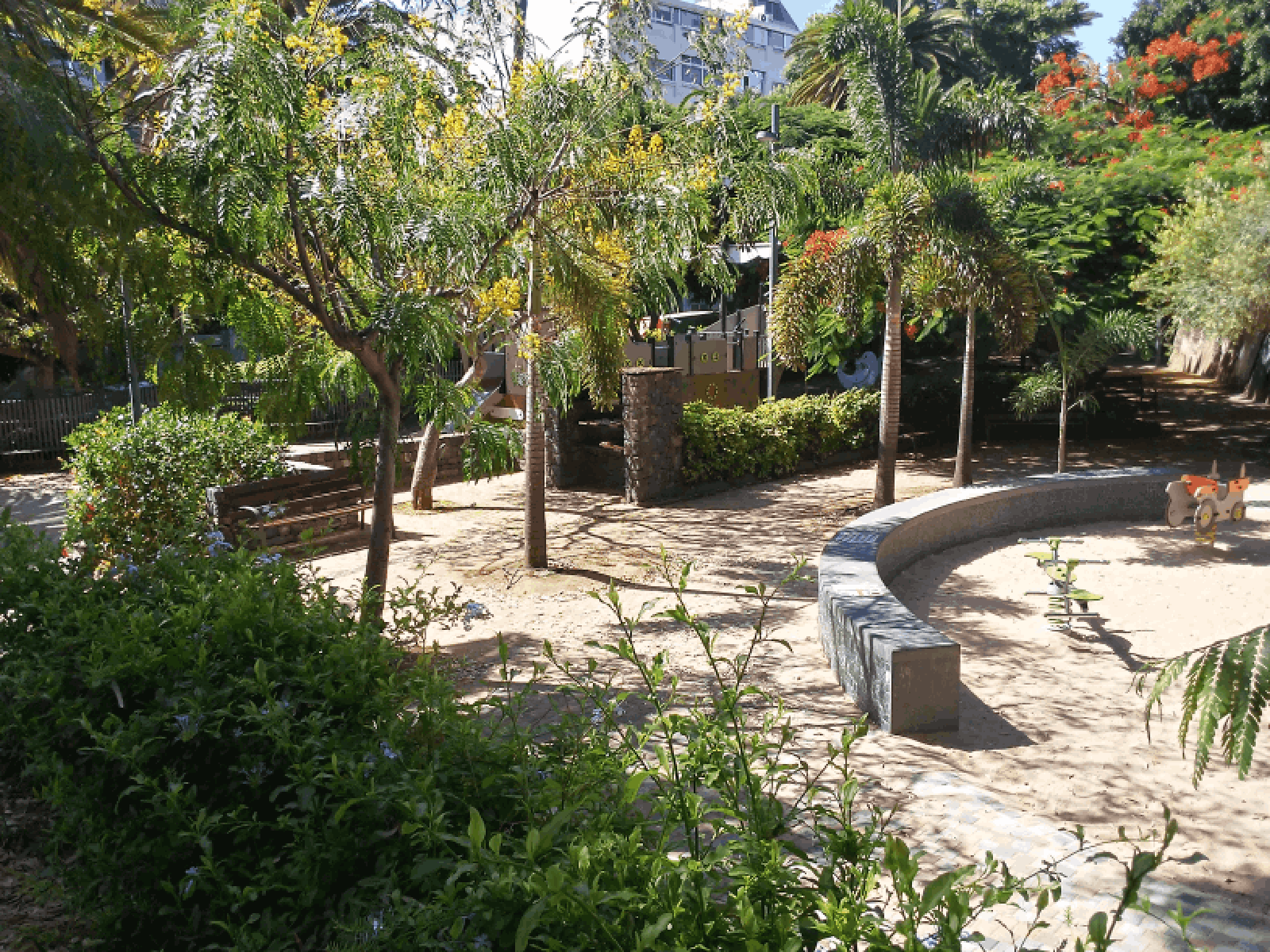 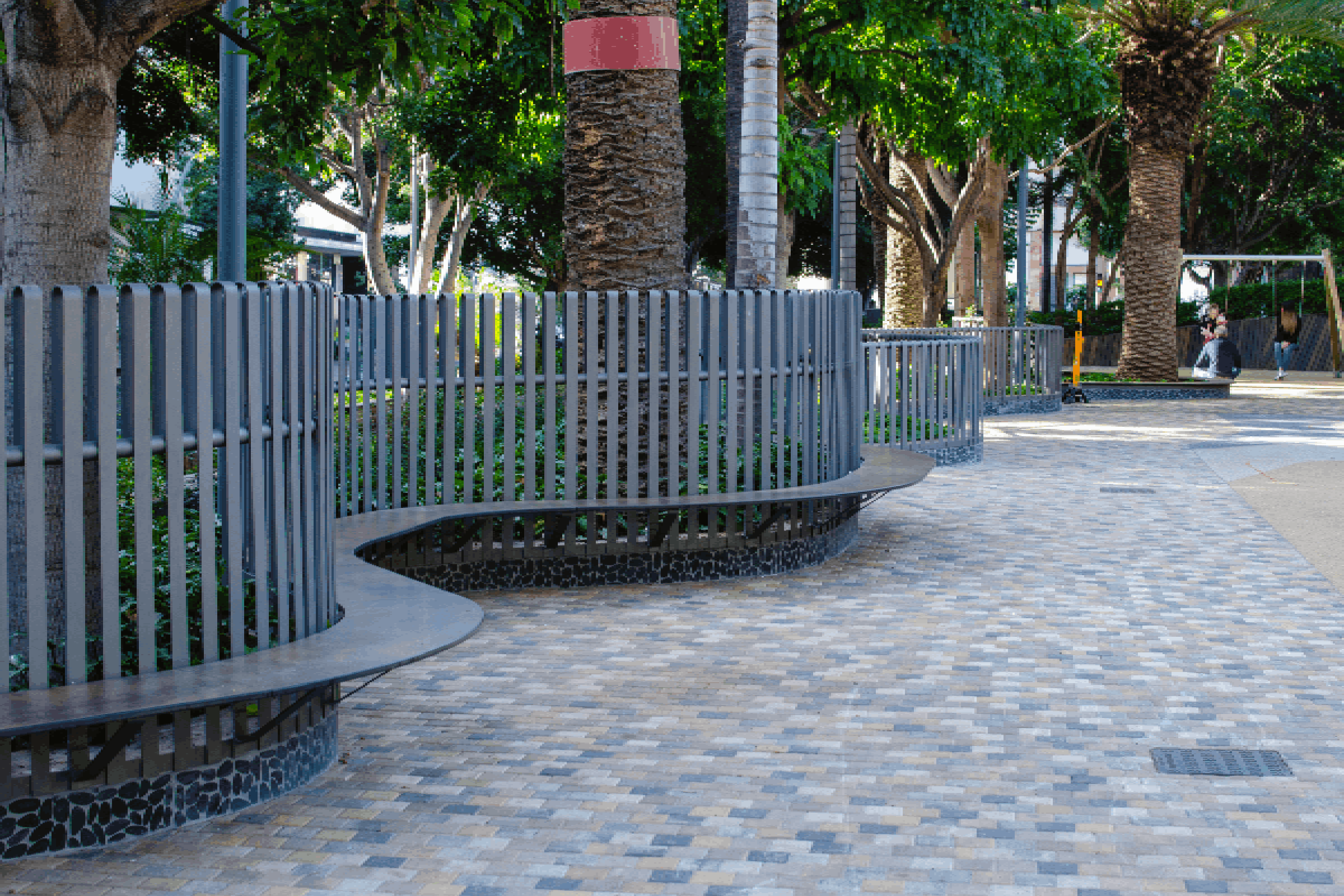 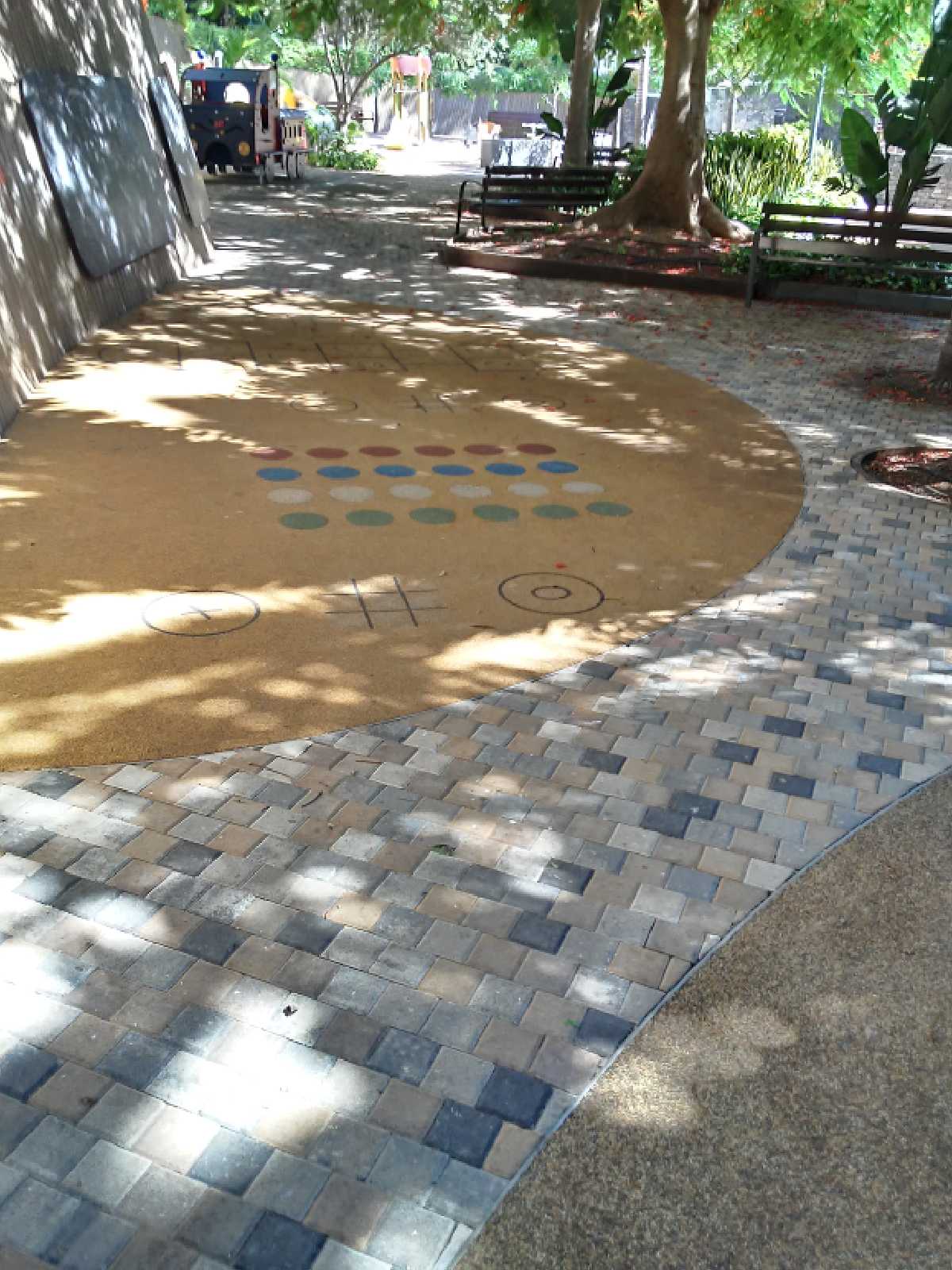 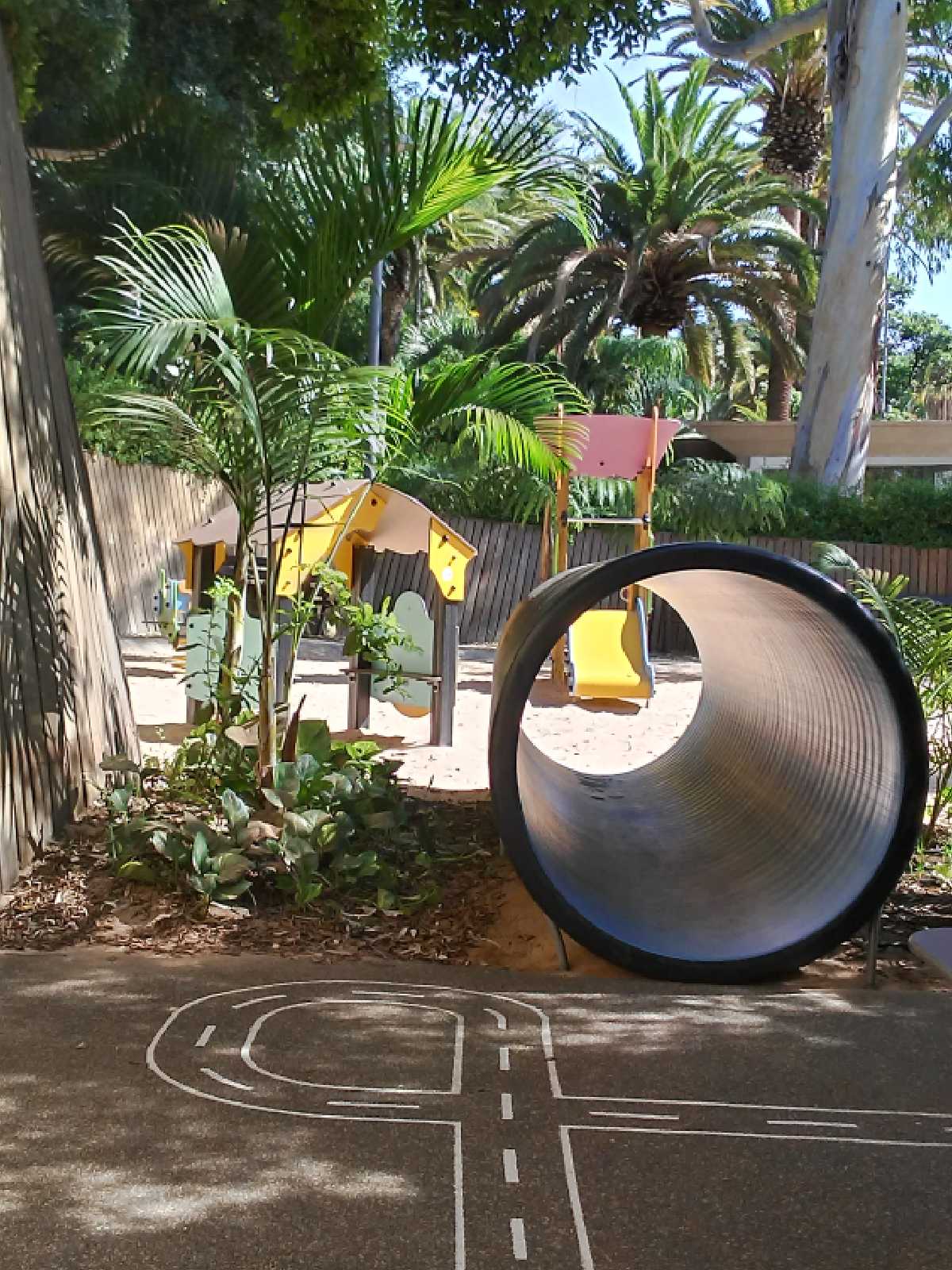 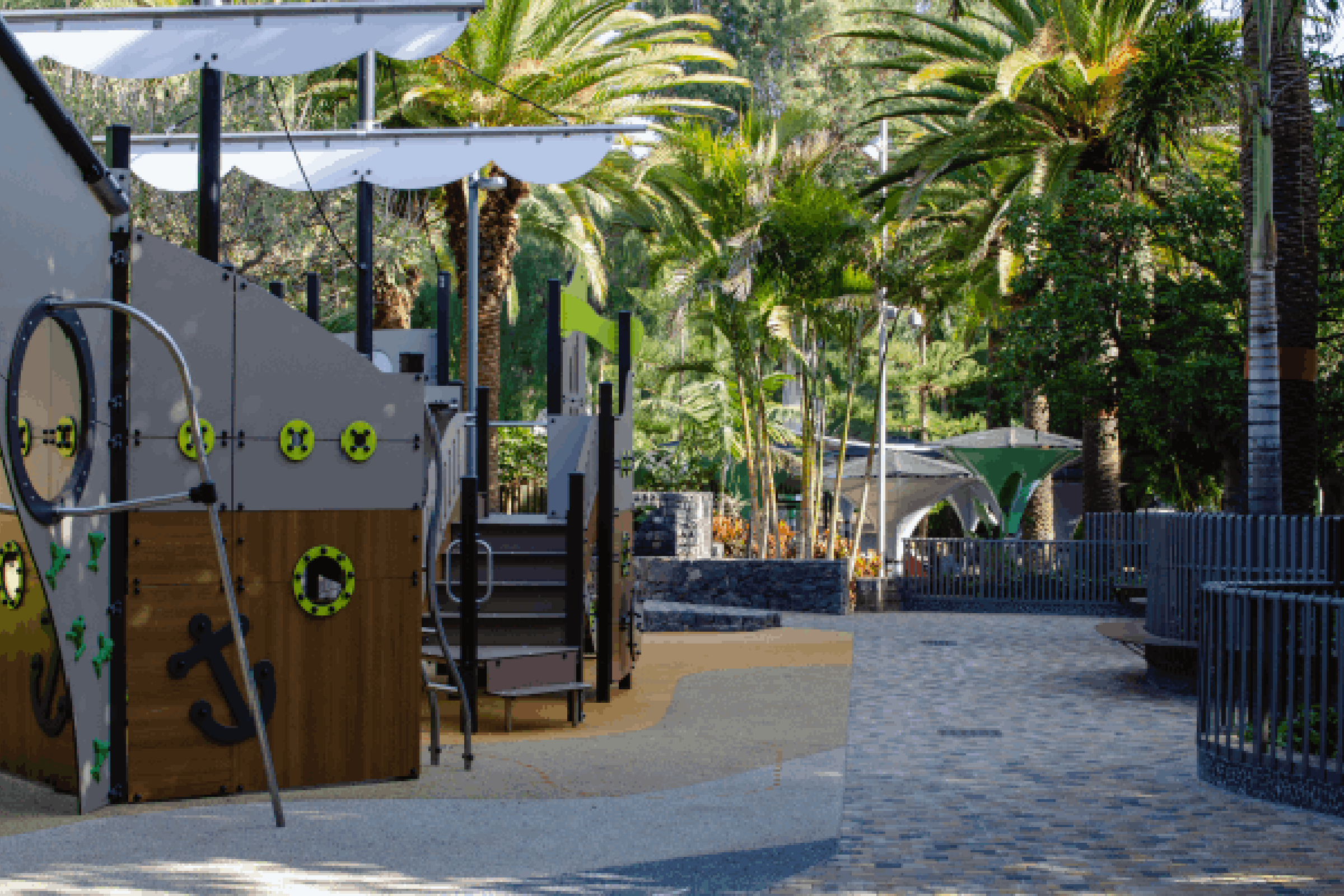 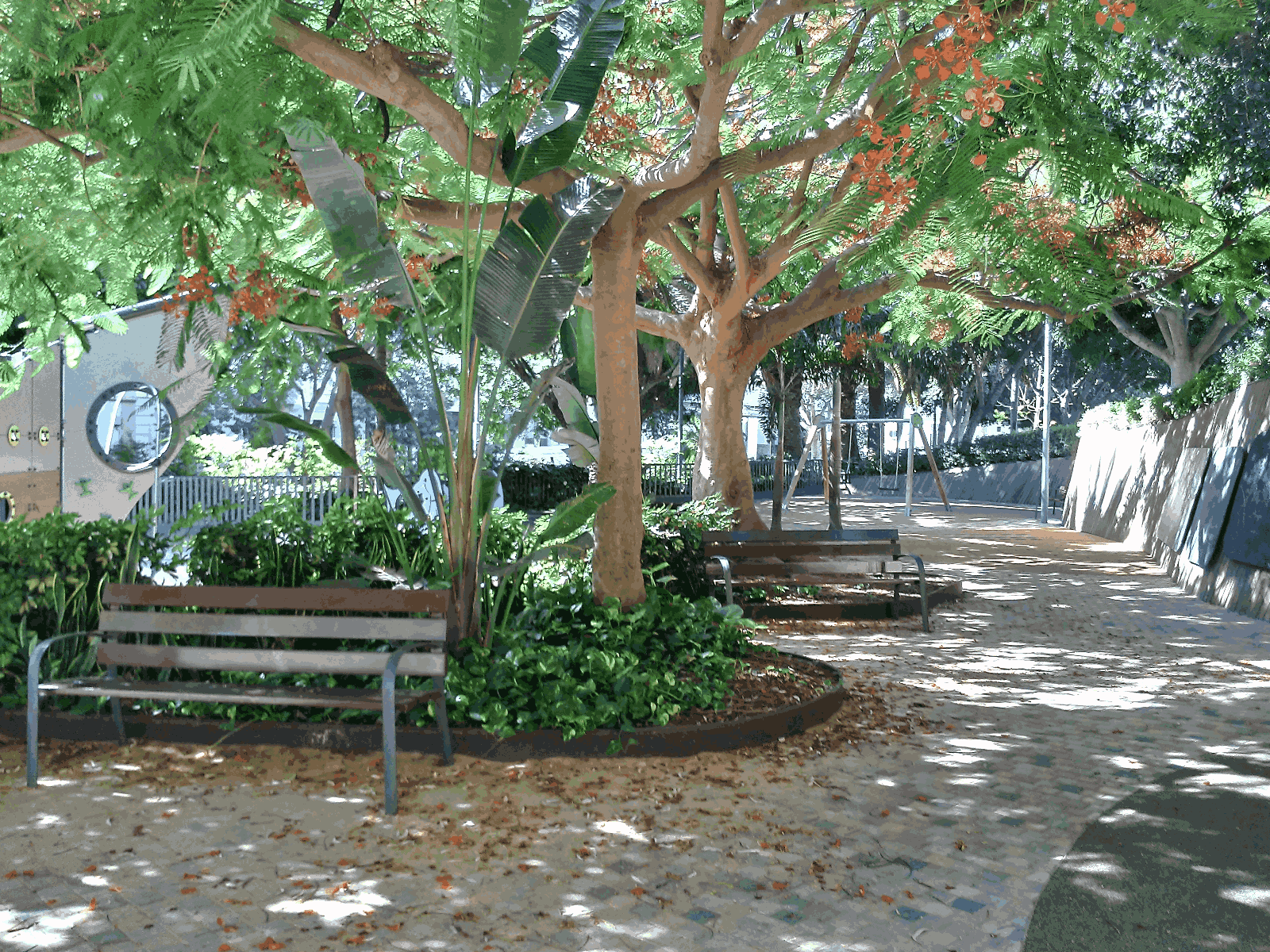 With the premise of creating an accessible, inclusive and safe play area for the little ones, the enclosure is completely remodeled, maintaining the large trees, whose valorization and preservation is established as the physical support of the project. A play area is pursued where children have the sensation of playing in a garden, while protecting the trees. A play area is projected that considers the different capacities of children but also their differences in character, so that a more subtle level of games is added to the traditional aerobic games, which stimulate more imagination and are more creative.

The area is organized into several areas, by age and type of play: an area for children between 0 and 2 years old, in a circular sandbox with controlled entrances and a curved bench-wall that allows easy control by caregivers; another area for children between 2 and 7 years old, located lower, adapting to the topography, where to place a large-format game and in the most remote part of the enclosure is the swing, protected by the wooden palisade to avoid accidents from behind. Between these areas a more creative level of games is inserted, such as blackboards to draw, tic-tac-toe, shuffleboard, game of colors, track to play with cars, tunnel to hide, pirate treasure map, and chess and ludo boards, also designed for the elderly. There is also a children’s library to exchange books and board games.

The organization of the areas has been done based on the existing trees and by incorporating abundant vegetation, with the dual objective of visually isolating the park from the traffic on Calle Mendez Nuñez and redirecting the visuals towards the heart of the park to enjoy its trees. .