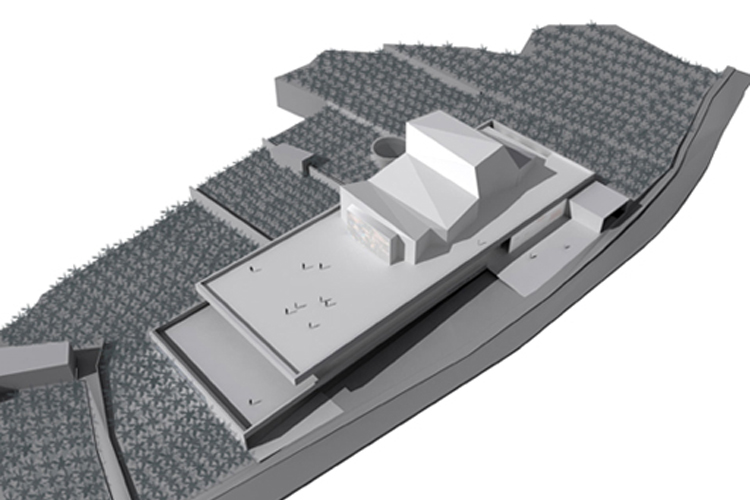 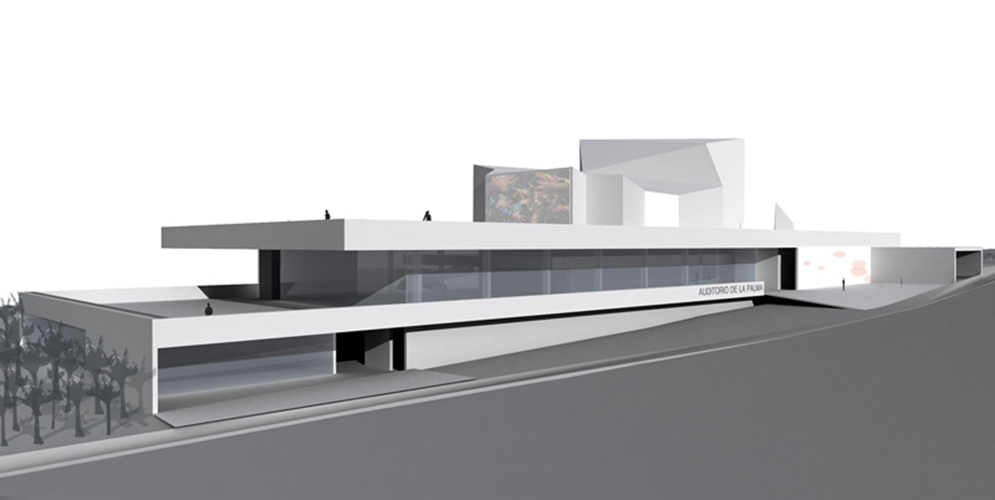 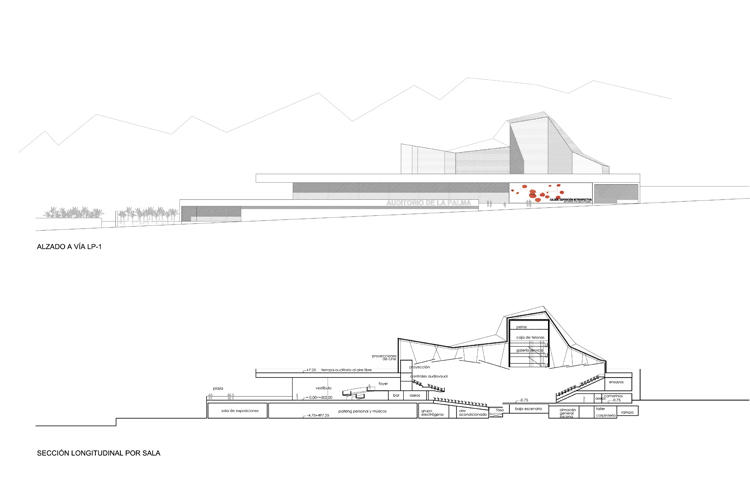 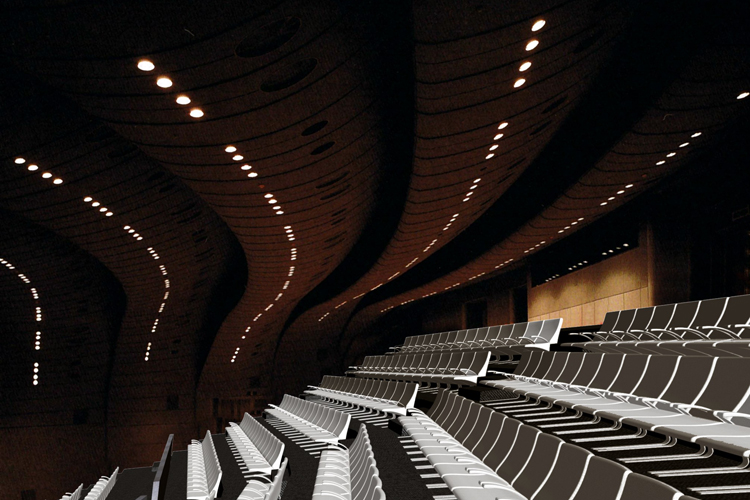 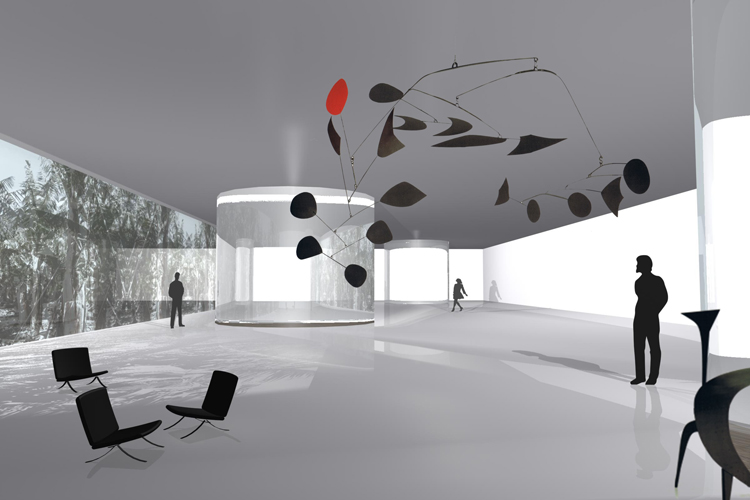 The proposed design elaborated for the building of the Insular Auditorium of La Palma, is based on two primordial objectives: the integration of the landscape and the optimization of the building’s functionality. The single structure building acts as an architectural landmark that reflects the culture and tourism of the island to the entire archipelago.

The proposed building was strongly influenced by characteristics of the environment to which it pertains. The nearby agricultural terraces influenced the elaboration of this architectural landmark by allowing the transformation of the territory using horizontal planes and leaving a rugged landscape of mountains as a background. The auditorium is made of two large overlapping horizontal platforms which cast a shadow over the bands that form the stone walls of the terraces in the landscape. Between these two platforms the infrastructure is developed into the cover of the auditorium, this cover being the only architectural volume that rises above. It redefines a stone silhouette and embraces the mountains that can be appreciated behind.

The plot has magnificent views of the sea towards the southwest, which is a privileged condition, since the views agree with the best orientation to the afternoon sun, which is when it is foreseen a greater use of the auditorium. To enhance these views, two large raised spaces are created on the ground, each one at a level on one of the platforms mentioned above. Due to the orientation of the building pointing south, the interior space is protected by large flights that provide shade. It is also endowed with a covered outdoor space that offers a large shaded area for the summer, as well as protection from rainfall in the winter.